My name is Holly. Once upon a time I blogged here on a regular basis.  And then I stopped.  I had a sixth kid, caught a horrible case of writer's block, and an even worse case of post-partum depression.  Then, back in the fall, I finally felt like myself again and tried to make a "come back." That lasted all of three posts.  I kept telling myself I needed to update the pics in the side bar first, and have something worth writing. Not that my kids aren't worth writing about, but we've reached an age where I'm struggling with what's appropriate and trying not to embarrass them.  Although, most the time I feel like turnabout is fair play, since in the last decade I have been a mother, these children have made it their mission to embarrass me on every public outing.  Still, I miss blogging.  I miss the friends I've made here and the connections with all of you who take the time to read about our zany life.  I've continued following most of you as well, though I've been a horribly lazy commenter.  In my defense, it's a pain to do from my phone, and that's where I read most of the time. All of this long boring (I'm even boring myself here, sorry about that) paragraph to say... Posts may seem a bit jumbled for a while.  I'm embracing my ADD and the fact that the pics in my sidebar are outdated (except for the Bitty Princess') and going with it.  Random post introduced... and here we go.... 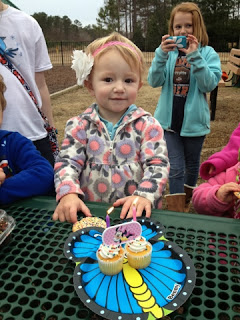 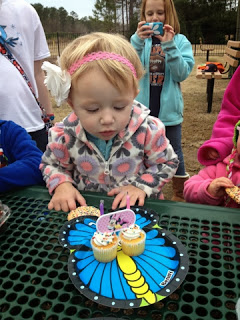 The Bitty Princess' birthday is the day after Christmas.  Worst birthday to have, poor child. When I was pregnant with her, I was so afraid she would come Christmas Eve or Christmas Day.  I was thrilled she stayed put and came the day after.  Until I realized the only thing worse than sharing your birthday with Jesus is how exhausted everyone is the day after and no one feels like celebrating you.  Including yourself.  Pretty sure as she gets older we'll celebrate her half birthday and have a party then, and just have cupcakes with family on the actual date.  Bless it.
﻿ 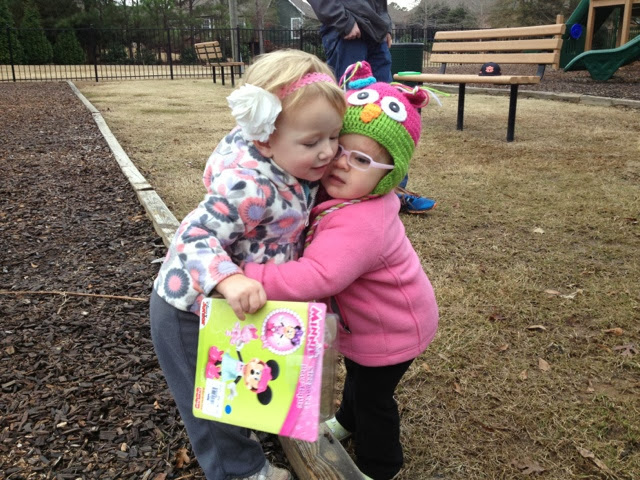 We've had quite a bit of drama lately.  And while my siblings may disagree, drama is not something I enjoy, unless it's watching Her Highness on stage.  Lightning nearly lost his eye while hiking in the woods at my parents' house.  (The sparkler he's pictured with below has absolutely nothing to do with his eye's near death experience. It's just a cute pic of Lightning.) He bent down while holding a "hiking stick" and gouged himself, causing multiple lacerations to his left eye, and possible permanent damage to his eyesight.  A trip to Children's Hospital ER and follow up visits to an ophthalmologist, and that kid has nearly met his deductible for 2014 already.  Thanks to the Affordable (snicker) Healthcare Act,  we get to enjoy a higher family deductible AND a higher premium.  Good times.  And then a few days ago, The Bitty Princess fell off my bed and we thought she'd broken her leg.  A trip to the pediatrician, then the orthopedic office, six x-rays and 12 hours later, we learned she was fine and had no broken bones.  So very thankful she was okay, but I'm pretty sure I  heard our wallets' sobbing later that evening. 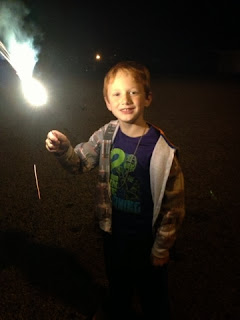 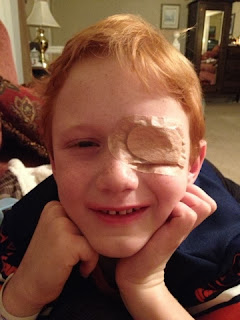 This kid right here... I have no words.  Those lips, y'all.  Gah! And the things he tells me... "Momma, yer pwetty and bootiful and I lub you and when I growed up I'm gonna marry you and take you to da sthore and buy you new shoesth all da time.  And get you sthome new earringsth." He's my baby boy.  And while I love all my children equally, I love them all so differently.  And well, this kid right here has my number and he knows it.  He's going through a terrible stuttering phase right now too.  And as painful as it is to listen to him say, "Mmmmmm MOM, can can can can I g-g-g-g-go outside?' it also adds an element of adorableness to him that I can't quite put into words.  I know, I know.. he's going to end up living in my basement and playing video games while I make excuses for him like, "He's holding out for a management position..." but I can't help it. 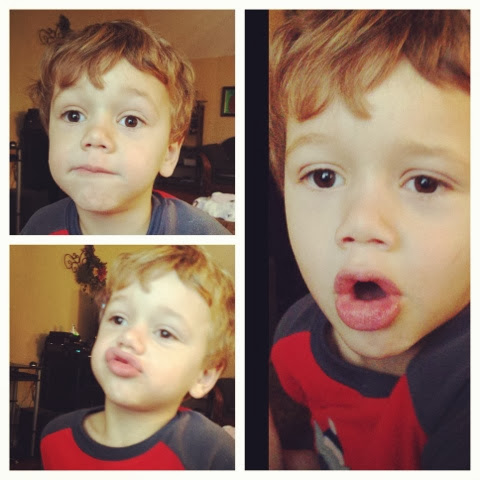 I really can't say enough about how much fun it is to have a big family.  Maybe it's because I don't know life any other way.  I am the middle of five children myself, so having six wasn't much of a stretch for me.  But I will say this.. If you're on the fence at all about having another one, no matter what size your family is now, DO IT.  More noise, more laundry, more crying, more money?? Well, yeah, there's that.  BUT, more love, more fun, more hugs, more kisses, more memories.  Completely beats out all the other reasons not to have MORE children.  And no, this is not an announcement of any kind.  I have absolutely no plans of birthing any more children.  Six was the magic number to share with this uterus and wreak havoc on my body.  I'm just trying to encourage more of you to join the whacky world of BIG family life.  Come on in, the water's fine. 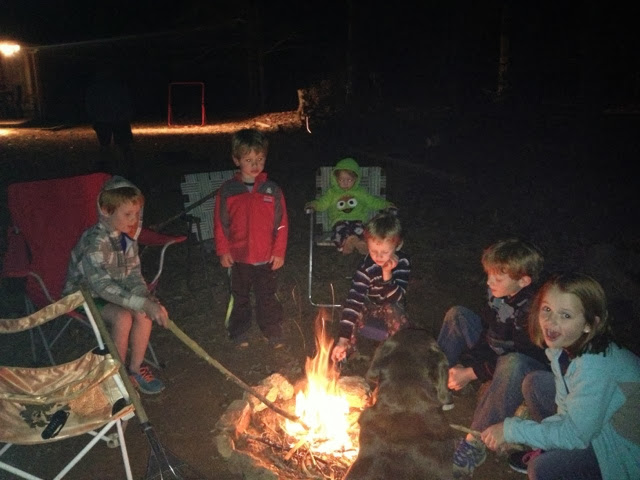 Unrelated to any pictures, yet a few thoughts in my brain that I'd like to add... I'm completely OVER winter.  I'm currently obsessed with Hey Ocean's "Big Blue Wave." And trying to get back in shape in your mid 30's is depressing. 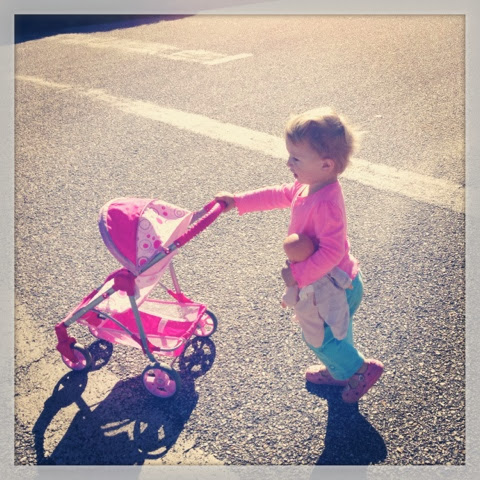 My stinker pots expect lunch soon, so I'll close this for now.  Hopefully I'll see you all again in less than three months this time.  Sticky hugs and sloppy kisses, Big Momma
Posted by Holly-- The Storm Chaser at 12:00 PM

Even in the midst of total exhaustion, mental lag and possible bankruptcy, you are still the one mother I identify with the most. (Maybe it's because of those things?) No matter what, you are IN THE MOMENT with your kids. You stop and appreciate the impressive messes and their artists, you snuggle even when the house is (I'm sure) destroyed. You love when love is needed, not when you have time for it. I honor you, Big Mama, for all that you do. You are the mother every child needs. And the friend I LOVE to have.

Glad to see you are back blogging! I enjoy reading your blogs, as well as your posts on Facebook!

love it. big families must be super fun. especially that group of yours! i hope lightning gets better fast. i would say something smart about boys, but that actually sounds like something i'd do.

Holly your are living my dream in so many ways. I always wanted six children but Zeke was having no part of that and I did need him to accomplish the my dream. Now he really is sorry he said no so I'm so glad others day yes. Girl you do keep me entertained with all of the Hudson shanagians and I reading about all of them. Love your honesty and sense of humors and love you, too.

I nearly squealed with delight when I saw a new post! Okay...I did squeal! Bitty Princess is getting sooo big and what a cutie!
I'm all for big families! Does 4 count? It seems a bit paltry to your 6! haha

YAY!!! I'm so glad you're back!! I remember when I first found your blog from Jenn, and I used to think of you as the weird lady who gave all of her kids weird weather names. ;) xo

so glad to have finally going the club and found your blog. loving it! 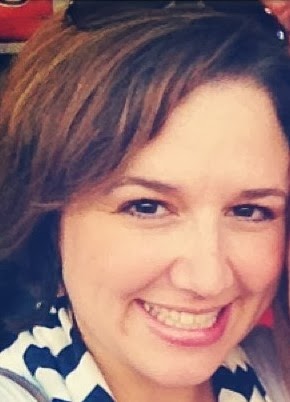 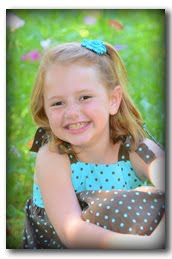 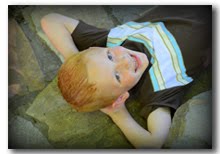 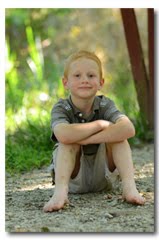 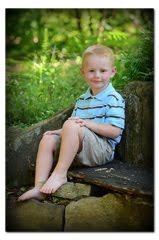 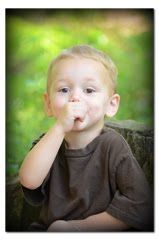 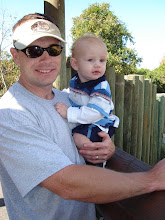 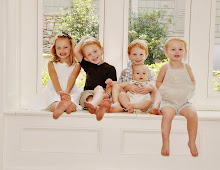 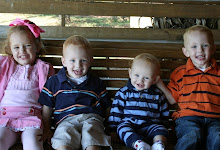 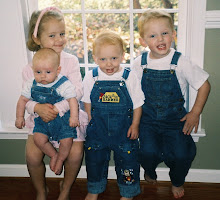 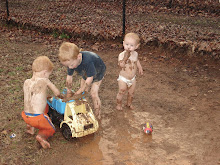 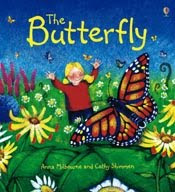 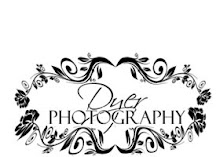